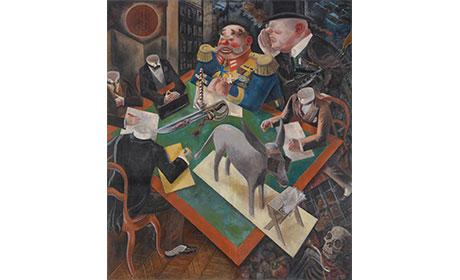 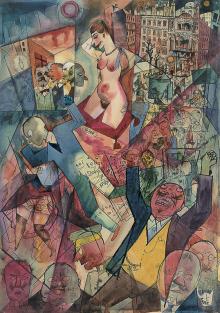 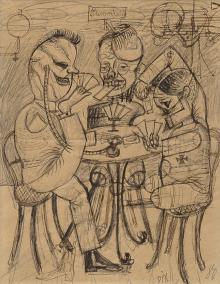 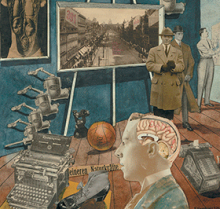 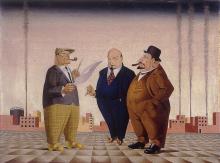 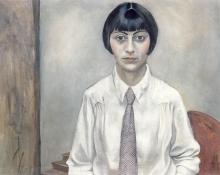 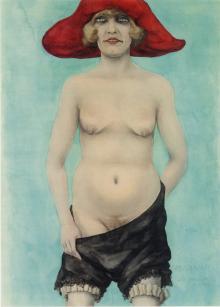 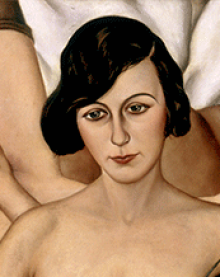 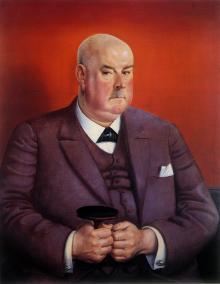 ECLIPSE OF THE SUN: ART OF THE WEIMAR REPUBLIC

This summer, Neue Galerie New York is pleased to present George Grosz’s monumental 1926 canvas Eclipse of the Sun, which is on special loan from the Heckscher Museum of Art in Huntington, New York. The painting is the centerpiece of “Eclipse of the Sun: Art of the Weimar Republic,” a focused exhibition that includes additional paintings and drawings by Grosz, along with a selection of art by Otto Dix, Max Beckmann, Otto Griebel, Christian Schad, Rudolf Schlichter, and Georg Scholz. Many of the works are drawn from the extended collections of the Neue Galerie, and together demonstrate the artistic output that coincided with a moment of extreme political unrest in Germany.

In Eclipse of the Sun, Grosz vividly captures the rampant political and social corruption that characterized Germany in the mid-1920s. Set against the backdrop of a city in flames, the central figure depicted is Paul von Hindenburg, the nearly-eighty-year-old president of Germany at the time this was painted, and easily recognizable for his walrus moustache. He proudly wears his military uniform, bedecked with medals and with a laurel leaf crown perched atop his bald head. Hindenburg’s portly physique is in sharp contrast to the group of slim and headless financiers in formal attire who join him around the table. They bask in the glow of a darkened sun illuminated with a dollar sign—an acknowledgment of America’s investment in Germany post-World War I. A corpulent “man of industry,” wearing a top hat and toting weapons and a miniature train under his arm, whispers discreetly in Hindenburg’s ear. But Hindenburg has focused his attention elsewhere—toward a spot just beyond the bloodied sword and funerary cross resting directly in front of him on the table. Rather bizarrely, a donkey wearing blinders decorated with the German eagle is balanced on a board tethered to a skeleton. The other participant in this motley group is a more somberly dressed but also headless man whose foot rests precariously on the prison bars below. Eclipse of the Sun was one of Grosz’s “favorite pictures” and it offers a microcosm of the Weimar Republic, alluding to the competing interests that struggled to control the fledgling democracy.

Grosz and his peers portray the cacophony of the metropolis and the unrest that characterized the birth of the Weimar Republic. It was a period of tremendous political and social tumult and marked by a burst of creative energy in Germany. In the aftermath of World War I, many artists moved away from an Expressionist approach in favor of one marked by a more harsh and objective depiction of the world around them. This became known as the Neue Sachlichkeit or New Objectivity movement. Grosz, in particular, used his vision to shine a spotlight on the rampant political corruption that marked this short-lived period of democratic governance. His scathing critique of the regime—he was a member of the Communist Party—made his life more difficult, and he ultimately chose emigration in order to ensure greater artistic freedom. Grosz came to the United States in 1932 and taught at the Art Students League of New York. In January 1933, he emigrated to America and became a naturalized citizen in 1938. He remained in the United States until 1959, when he returned to Berlin and died shortly thereafter.

“‘Eclipse of the Sun’ anchors a summer showcase that is much angstier than your average beach read—one of media-induced alienation, changing gender roles, rampant inequality and a democracy at the breaking point. (No points for guessing why Weimar is back in fashion!)”