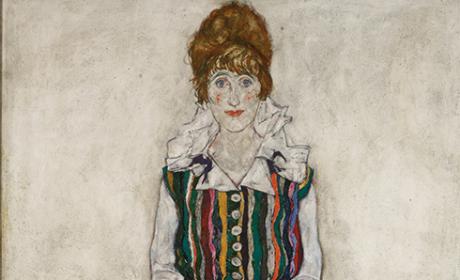 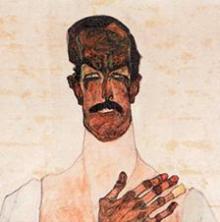 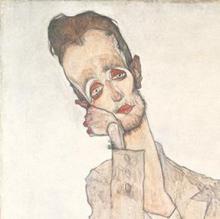 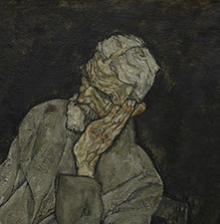 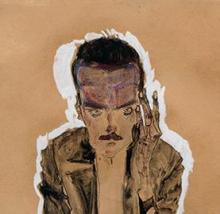 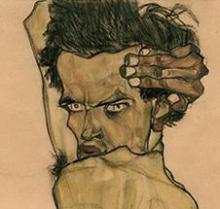 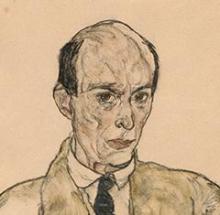 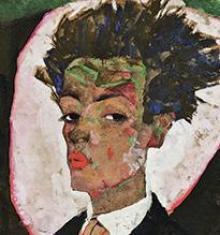 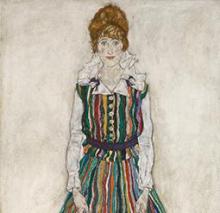 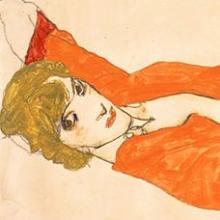 This special exhibition is devoted to portraiture created by the masterful Austrian artist Egon Schiele. This is the first exhibition at an American museum to focus exclusively on portraiture in Schiele's work. Egon Schiele (1890-1918) is considered one of the twentieth century's most important artists.

Schiele is celebrated for his singular style of draftsmanship, unusual use of color, and physically raw, often sexually provocative depictions of his sitters. Schiele expressive style and controversial subject matter played an important role in the advancement of modernism in Europe. "Egon Schiele: Portraits," organized by Schiele scholar Dr. Alessandra Comini, is shown on the third floor galleries of the museum, and includes approximately 125 paintings, drawings, and sculpture. Designer Federico de Vera is responsible for the exhibition installation, which borrows from design principles popular in Austria during the early twentieth century. The Neue Galerie is the sole venue for the exhibition.

The show focuses on six groupings of the artist's work: Family and Academy; Fellow Artists; Sitters and Patrons; Lovers; Eros; and Self-Portraits and Allegorical Self-Portraits. In addition, there will be a special display highlighting a traumatic and pivotal period in Schiele's life: his arrest and imprisonment during the spring of 1912. The exhibition documents an evolution of the artist's style, both pre- and post-imprisonment. Schiele's controversial achievements and untimely death at the age of 28 add a mythic quality to his abbreviated career.

Several extraordinary loans have been assembled for this exhibition, from both American and European museums and private collections. These include Portrait of Gerti Schiele (1909) from The Museum of Modern Art; Portrait of Johann Harms (1916) from the Solomon R. Guggenheim Museum; Portrait of the Artist's Wife, Standing (Edith Schiele in Striped Dress) (1915) from the Gemeentemuseum, The Hague; and Self-Portrait with Peacock Waistcoat, Standing (1911) from the collection of Ernst Ploil, Vienna.

The work of Egon Schiele is central to the mission of the Neue Galerie, which holds the finest collection of paintings and drawings by the artist in the United States. The exhibition is accompanied by a fully-illustrated catalogue, published by Prestel, which features contributions from scholars Christian Bauer, Alessandra Comini, Lori Felton, Jane Kallir, Diethard Leopold, and Ernst Ploil. This exhibition is supported by an indemnity from the Federal Council on the Arts and the Humanities.