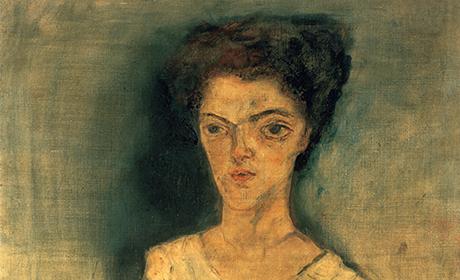 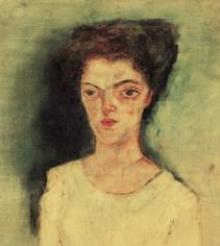 Oskar Kokoschka (1886–1980) was a key figure in the history of Expressionism, who first gained notice with his appearance in the seminal Vienna Kunstschau of 1908. Gustav Klimt, president of the Vienna Secession, described the artist as “the outstanding talent among the younger generation.” “Focus: Oskar Kokoschka” presents eight portrait paintings and over 80 works on paper by the artist from the collection of the Neue Galerie.

Kokoschka received his greatest acclaim for his portraits. He was able to fix his reactions to a sitter directly on the canvas, without preparatory studies. The subjects of his portraits are illuminated from within, rather than from an exterior light source. In this way, Kokoschka animates his sitters.

In a 1912 lecture he gave in Vienna, titled “Vom Bewusstsein der Gesichte” (On the Awareness of Visions), Kokoschka presented his most detailed comments on his approach to portraiture. The artist explains that the condition of the soul finds living expression in a face; he describes trying to capture a state that “can be evoked but never defined” in his portraits. The history of a human being can never be fixed, he concludes, because it is “a part of life itself.” As the artist himself commented on another occasion, “Human beings are not still lifes.”

In addition to his oil portraits, the exhibition includes a selection of the artist’s drawings. Graphic works that Kokoschka created for the Wiener Werkstätte demonstrate his swift passage from Jugendstil to Expressionism, and from illustrator to artist.