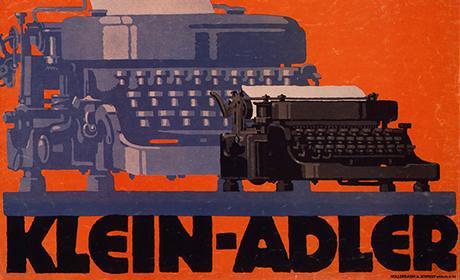 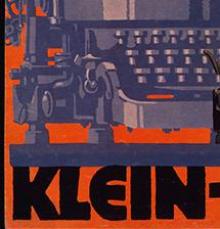 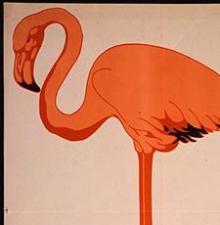 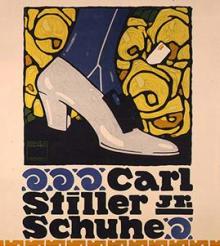 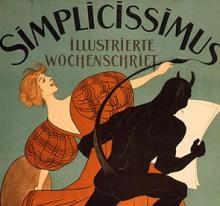 The Modern Poster in Germany

"The Modern Poster in Germany” traces the emergence of the poster as an art form in Germany in the early twentieth century. The exhibition will be on view at the Neue Galerie through February 10, 2014. Over thirty posters from the late nineteenth and early twentieth century, including work by Lucian Bernhard, Thomas Theodor Heine, Ludwig Hohlwein, Julius Klinger, Johann Thorn-Prikker, and Oskar Schlemmer, will be shown.  Most of the posters in the exhibition have never been displayed at the museum and are rare examples of this vibrant art form.

Highlights of the exhibition include two designs by Thomas Theodor Heine from 1896 for the Munich-based journal Simplicissimus, including the famous image of the snarling red bulldog who has broken free from his chain; Lucian Bernhard's striking 1914 advertising poster for Adler typewriters; designs by the Dutch-born artist Johann Thorn-Prikker, who was active in Germany; and iconic Bauhaus works by Oskar Schlemmer and Fritz Schleifer.  One of the notable early works in the show is an 1898 design by Edmund Edel for the Deutsche Plakat-Ausstellung (German Poster Exhibition), which recalls posters by Henri de Toulouse-Lautrec from the 1890s.

France is acknowledged as the birthplace for the poster as an art form. Jules Cheret and those who followed in his footsteps, most notably Toulouse-Lautrec, employed color, image and typography in radical ways. Designs were simplified and show the influence of Japanese woodblock ukiyo-e prints, distinctive for often unexpectedly cropped compositions comprised of blocks of color surrounded by stark outlines. Posters became a ubiquitous element of the urban landscape, designed with broad appeal to publicize exhibitions, publications, and other types of products.

Artists working in Germany were aware of these developments and quickly followed suit. The Art Nouveau or Jugendstil (youth style), as it was known in German-speaking countries, dominated the era. Hallmarks of this style include sumptuous curves, intricate decoration based upon natural forms, and a prevalent use of the female figure, emblematic of rejuvenation and rebirth. Early in the twentieth century, however, there was a reaction against ornate and curvilinear forms. Lucian Bernhard is credited with ushering in Plakatstil (poster style), noted for its bold and more simplified designs and prominent use of typography.

The exhibition is curated by associate curator Janis Staggs, who was responsible for the 2008 exhibition Wiener Werkstätte Jewelry, and who co-curated, with Neue Galerie director Renée Price, the spring 2013 show German Expressionism 1900-1930: Masterpieces from the Neue Galerie Collection.