The Woman In Gold 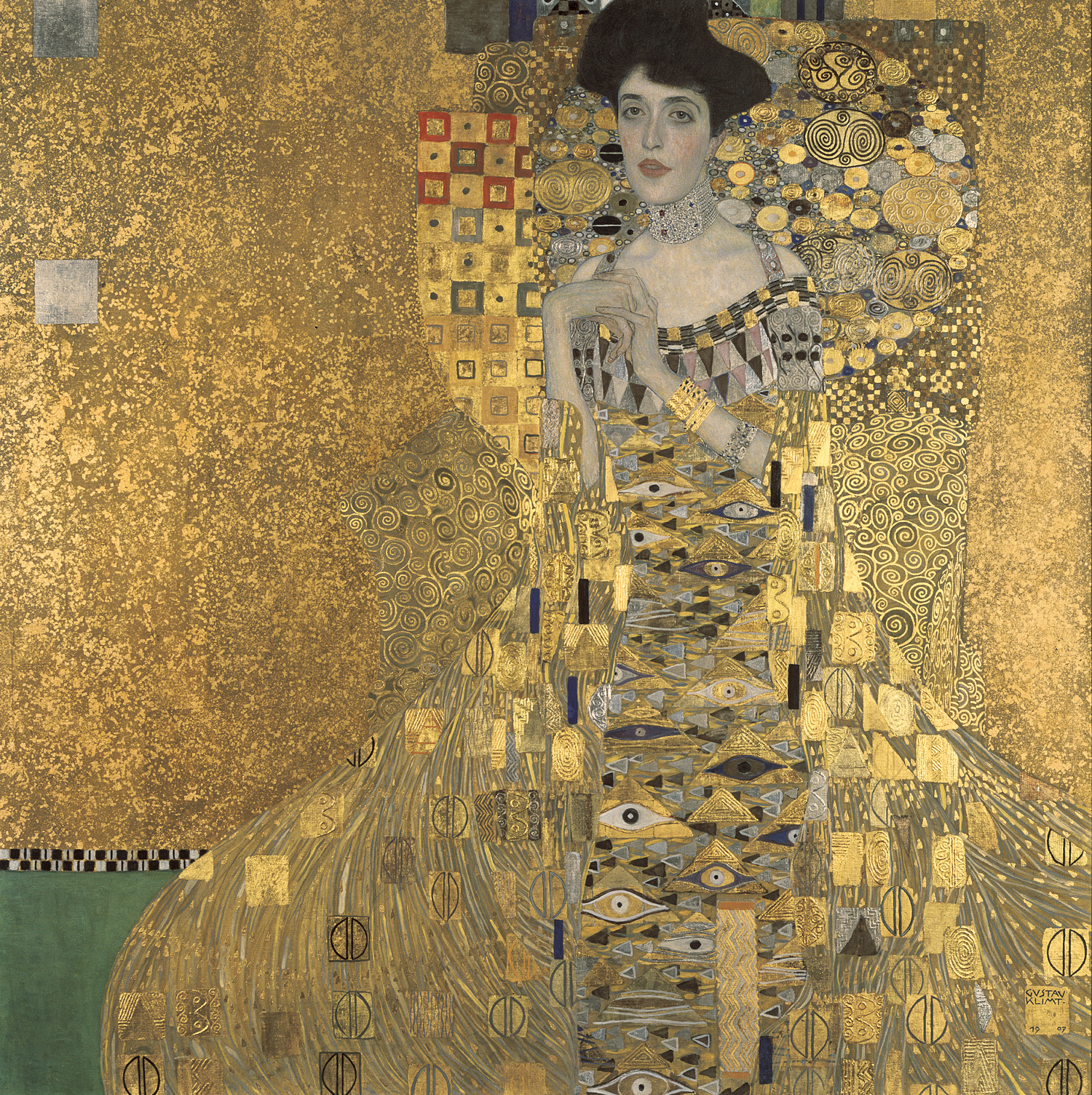 GUSTAV KLIMT (1862–1918)
Portrait of Adele Bloch-Bauer I , 1907
Oil, gold, and silver on canvas
Neue Galerie New York
Acquired through the generosity of Ronald S. Lauder, the heirs of the
Estates of Ferdinand and Adele Bloch-Bauer, and the Estée Lauder Fund

Permanently on view at the Neue Galerie, Gustav Klimt’s Portrait of Adele Bloch Bauer I (1907) is considered a masterpiece of Klimt’s so-called “Golden Style.” Few paintings have captured the public's imagination as thoroughly as the Woman in Gold. Klimt's painting of the Jewish socialite not only rendered Adele’s irresistible beauty and sensuality; its intricate ornamentation and exotic motifs heralded the dawn of modernity and a culture intent on radically forging a new identity. 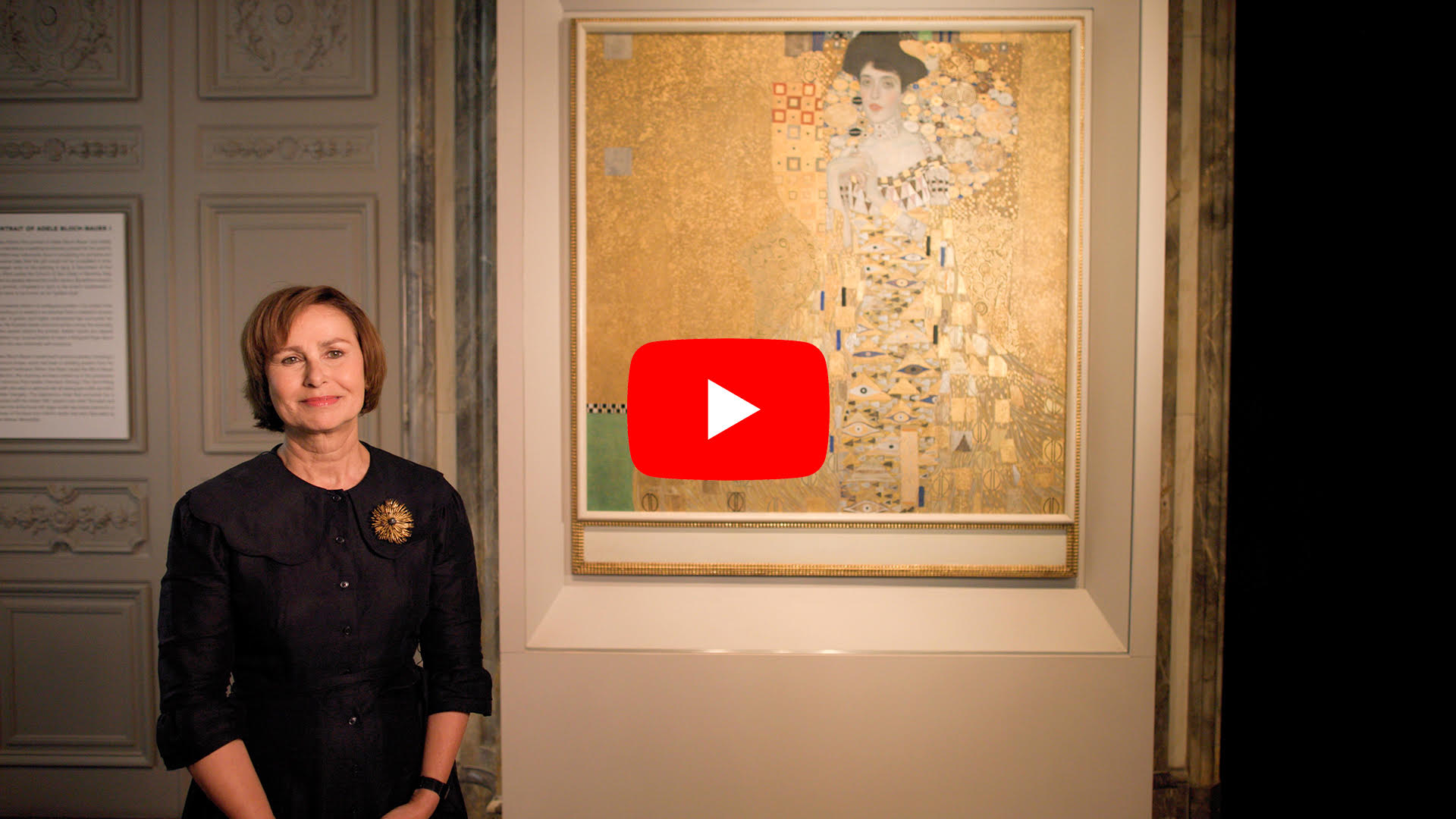 Neue Galerie New York and Bank of America are pleased to present a Masterpiece Moment featuring Gustav Klimt’s Portrait of Adele Bloch-Bauer I (1907). Masterpiece Moment is a video series presented by Bank of America that explores great works of art from museums around the world. In this video, Neue Galerie director Renée Price offers expert insight on the Klimt portrait, which is in equal parts famous for its stunning composition and historically significant provenance.

This painting is revolutionary for both its timeless beauty and a provenance story that represents perseverance and justice. Adele, the wife of a wealthy Jewish industrialist Ferdinand Bloch-Bauer, is posed in an ambiguous position, bedecked in precious jewelry. The diaphanous cloak that surrounds her is studded with her initials "AB." In 1938, the portrait was one of five Klimt paintings seized by the Nazis from the Bloch-Bauer home. For decades, the masterpiece was displayed in Vienna where it was renamed "Woman in Gold" to conceal the sitter's identity. Over the course of decades, surviving heir Maria Altmann fought for the return of her family's property. In 2005, a panel hearing before the United States Supreme Court determined that the paintings were to be restituted to the heirs. This was a landmark restitution case. In 2006, Ronald S. Lauder acquired Portrait of Adele Bloch- Bauer I for the Neue Galerie, and it has been on permanent view at the museum since, adhering to the wishes of the family.