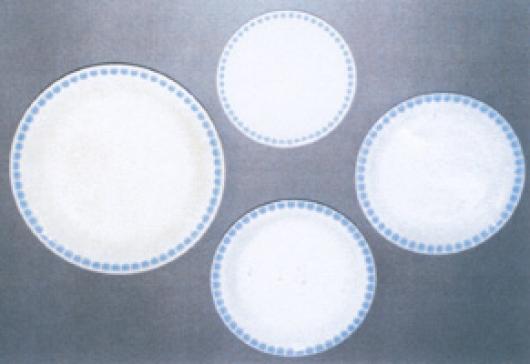 Jutta Sika was born on September 17, 1877 in Linz to Alfred and Ida Sika. Her father worked as an inspector for the Austrian state railways.  In 1887, the Sika family moved to Vienna. Jutta Sika began her studies at Vienna's Graphische Lehr- und Versuchsantalt (Graphic Education and Research Institute) in 1895 under Joseph Eugen Hörwarter and remained at the school until 1897. She then enrolled at the Kunstgewerbeschule (School of Applied Arts), where she took classes under Friedrich Linke, Koloman Moser, Rudolf Ribarz, and Alfred Roller from 1897 to 1902. She later returned to the Kunstgewerbeschule to study costume design under Roller from 1913-14.

Sika was a founding member of the Wiener Kunst im Hause (Viennese Art in the Home), a group established in 1901 whose members were drawn from the Kunstgewerbeschule. This group was regarded as a precursor to the Wiener Werkstätte (Viennse Workshops), in part for its emphasis on creating unified interiors that embodied the ideal of the Gesamtkunstwerk or "total work of art." Sika was a skilled designer of ceramics and glass, working both for Josef Böck (ceramics) and E. Bakalowits & Söhne (glass). She designed women's fashion for various firms, providing accessories to Schwestern Flöge (Flöge Sisters), embroidery designs to Wiener Stickerei, and she collaborated with the Salon Hilda Kulmer.

Sika worked as a graphic designer as well, providing material to: Demel (bonbonnières and Christmas tree decorations); Komanksy (tea packaging); Löwit & Co. (packaging); W. Spitzer (packaging); and the Wiener Werkstätte (postcards). In the 1920s, Sika began to focus her artistic energies on painting, particularly floral subjects. She worked as a teacher as well, heading a class in drawing at the Gerwerbliche Fortbildungschule (Advanced Commercial Education School) in Vienna from 1911 to 1933. During World War II, she taught at girls' high schools. She died in Vienna on January 2, 1964.