Neue Galerie New York is delighted to participate in the celebration of Archtober, New York City’s Architecture and Design Month. This annual festival of architecture activities, programs and exhibitions takes place each October. Limited space is available for the programs, so please be sure to register in advance for tickets.

HEALTH AND SAFETY IS OUR TOP PRIORITY

The Neue Galerie does not require face masks, but continues to recommend them for all visitors unless seated for dining. Proof of vaccination continue to be required for guests entering the building for special programs and events at the museum. Please familiarize yourself with our policies ahead of your visit.
LEARN MORE

To learn more about the variety of programs offered by the Neue Galerie, consider subscribing to our newsletter. 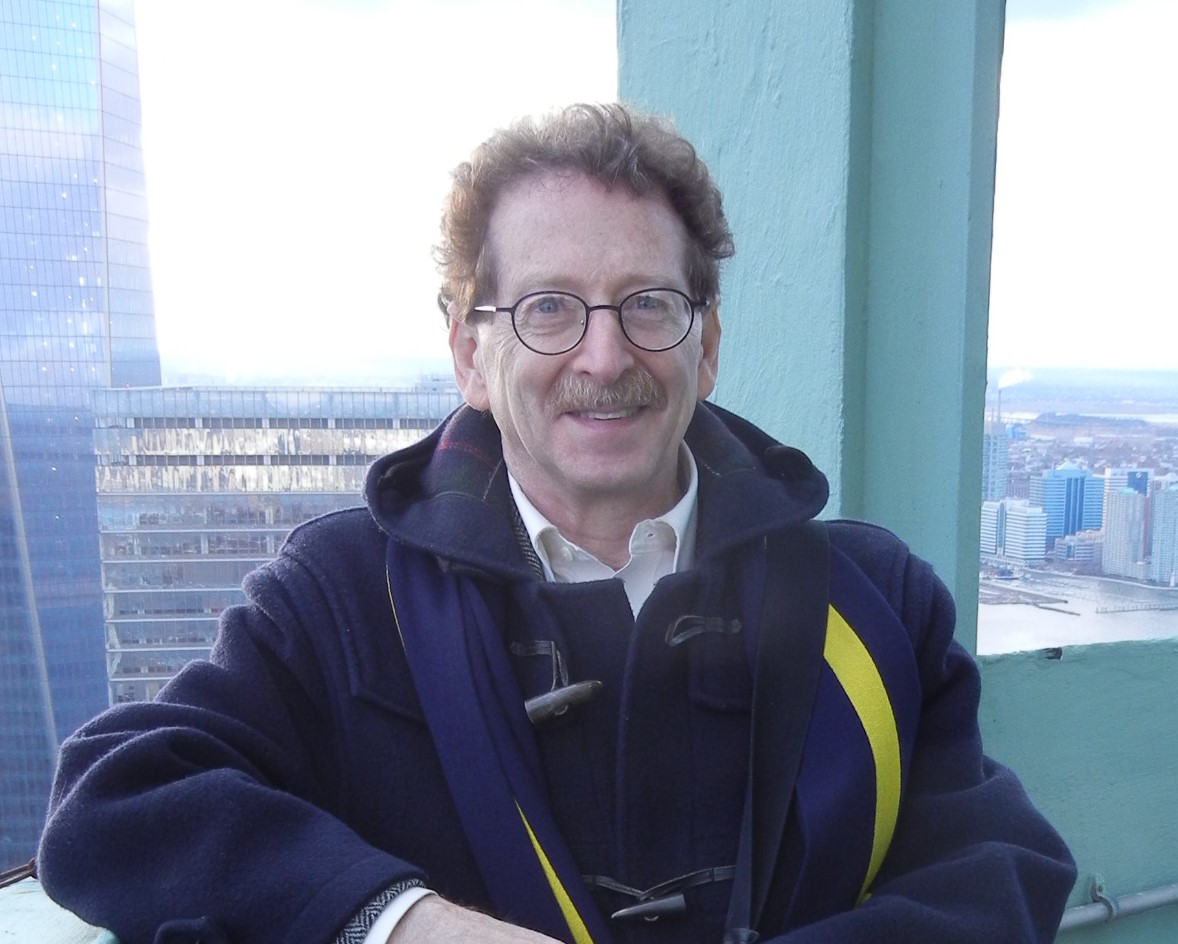 1048 FIFTH AVENUE: FROM MANSION TO MUSEUM

“Whose home was this?” Guests at the Neue Galerie frequently ask this question as they enter the elegant space that houses one of the world’s finest collections of Austrian and German art of the early twentieth century. Join Andrew Dolkart for a colorful history of the museum’s home at 1048 Fifth Avenue, from the building’s completion in 1914 to present day. Dolkart is a Professor of Historic Preservation at Columbia University Graduate School of Architecture, Planning and Preservation and a co-founder and co-director of the NYC LGBT Historic Sites Project. He has written extensively about the architecture and development of New York City, focusing in particular on the city’s vernacular building types and how they influenced the character of neighborhoods. His books include the award-winning publications Morningside Heights: A History of Its Architecture and Development and The Row House Reborn: Architecture and Neighborhoods in New York City, 1908–1929, as well as the Neue Galerie’s exclusive publication, 1048 Fifth Avenue: From Mansion to Museum. 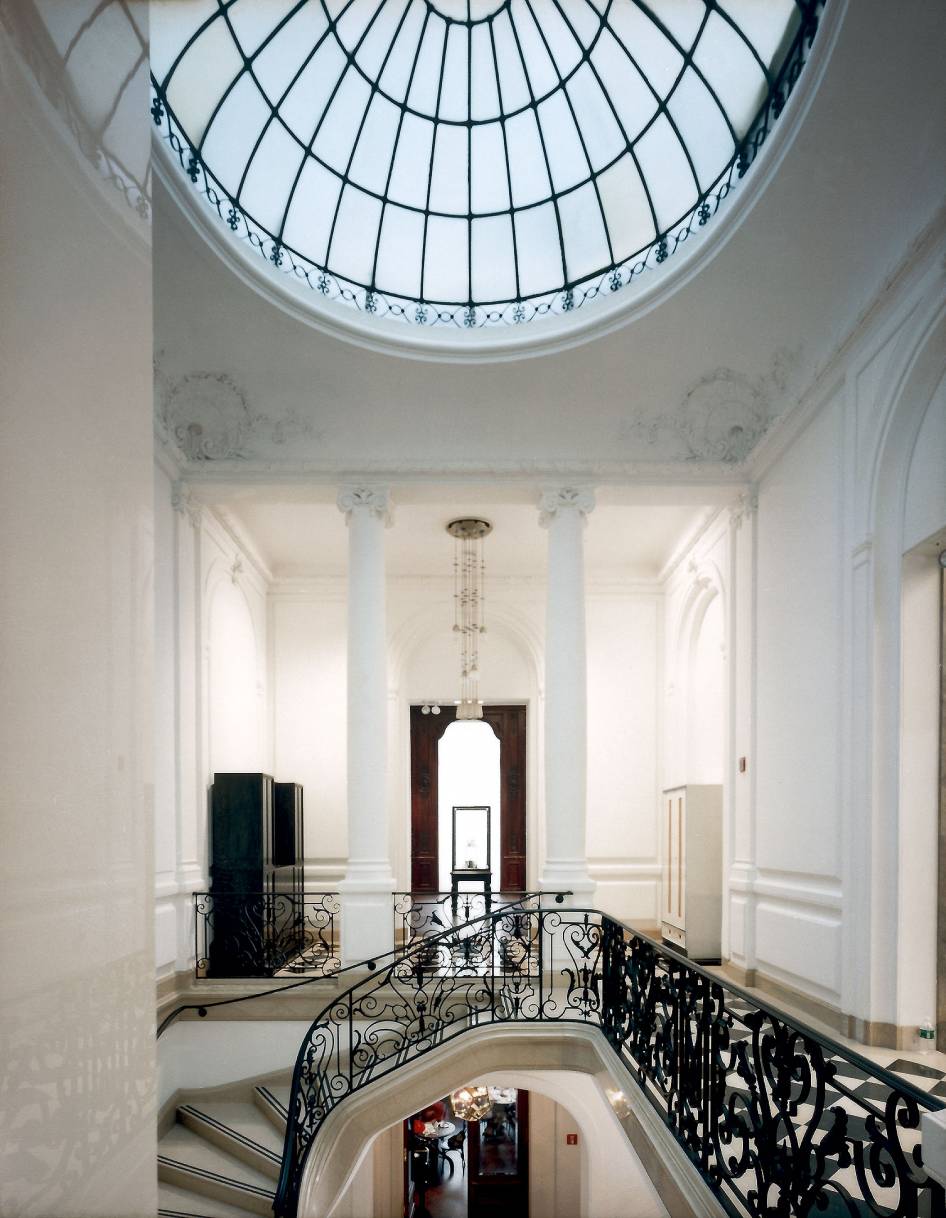 INSIDE LOOK AT THE NEUE GALERIE

Sweep up the grand stairs of the Neue Galerie and join us for an inside look at the architectural splendor of our 1914 Carrère and Hastings building. Led by architectural historian and Neue Galerie docent Teresa Spears, the tour will also explore works and elements of style by architects and designers featured in the museum’s collection in conversation with the building. This complimentary guided tour will accommodate 20 people on a first come, first served basis. 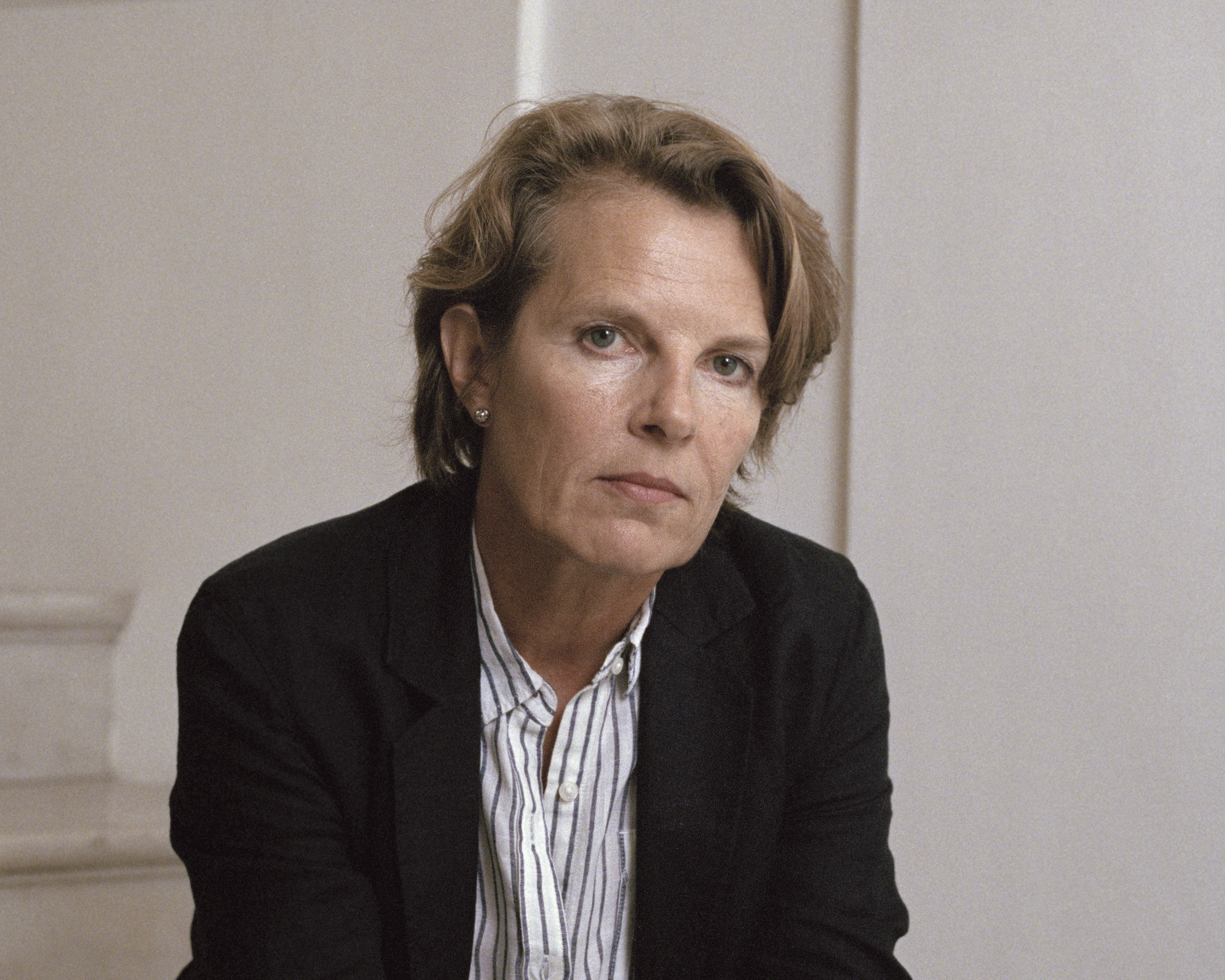 More than 20 years ago, Selldorf Architects embarked on the great challenge to transform a 1914 Carrère and Hastings building into the Neue Galerie New York, one of the finest museums for twentieth century Austrian and German art in the world. The design required an intimate setting in which to view the exceptional collection of fine and decorative arts, while at the same time preserving existing historical elements in conjunction with necessary structural and mechanical modifications.

As is the case for many of Annabelle Selldorf’s masterpieces, the project involved improvements required for the development of a contemporary, inclusive museum: the addition of an elevator, sophisticated lighting, and ADA compliant accessibility. At the same time, Selldorf carved out elements such as a Book Store, a Design Shop, and an authentic Viennese café for visitors, plus inspiring working space for staff. “Devotion to specificity and detail is what brought this space together,” Selldorf explained in an interview with Architectural Digest. This ethos extends to every project she completes.

Join Annabelle Selldorf and Scott Gutterman, Deputy Director of the Neue Galerie, for a conversation about the vision to transform a historic space into a contemporary place that allows its visitors to gaze, contemplate, enjoy and learn while at the same time providing creative spaces to work and anticipate growth. 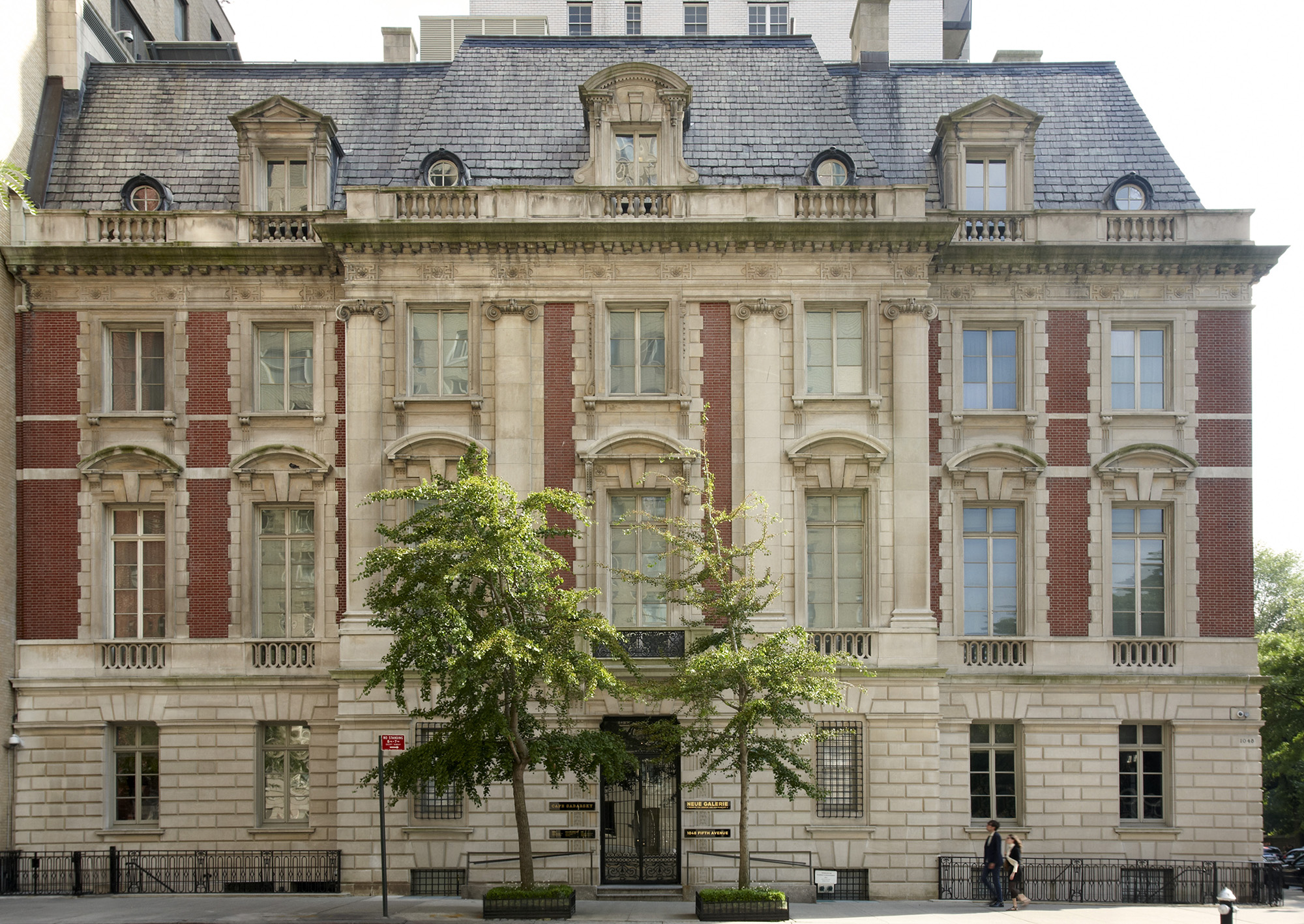 Join us for a historic walk through the Upper East Side, exploring one of New York City’s most distinctive neighborhoods. This one-hour walking tour will consider the Beaux-Arts style—its opulence and its influence—with particular focus on the National Historic Landmarks throughout the neighborhood. Led by Amanda Morrow, architectural historian and historic preservation specialist, the tour will begin outside Park Avenue Armory (benches north of the main entrance on 643 Park Avenue) and include such storied stops as The Frick Collection, Central Park, The Metropolitan Museum of Art, and (of course) Neue Galerie New York.

In celebration of Archtober, Neue Galerie New York is delighted to present a special Archtober Filmbar with a series of documentaries and feature films highlighting different aspects of one of the most influential architecture schools of the twentieth century: the Bauhaus. Join us on a journey from the movement’s dedication to formalistic perfectionism to its impact on the rise of female stars who are literally—and figuratively—changing the landscape.

Filmbar tickets include one complimentary drink and snack, and a movie screening in Café Fledermaus, a relaxed bar atmosphere reminiscent of early twentieth century Vienna. During the screening, you are invited to sip on a glass of wine, beer or a non-alcoholic beverage and enjoy a savory treat. 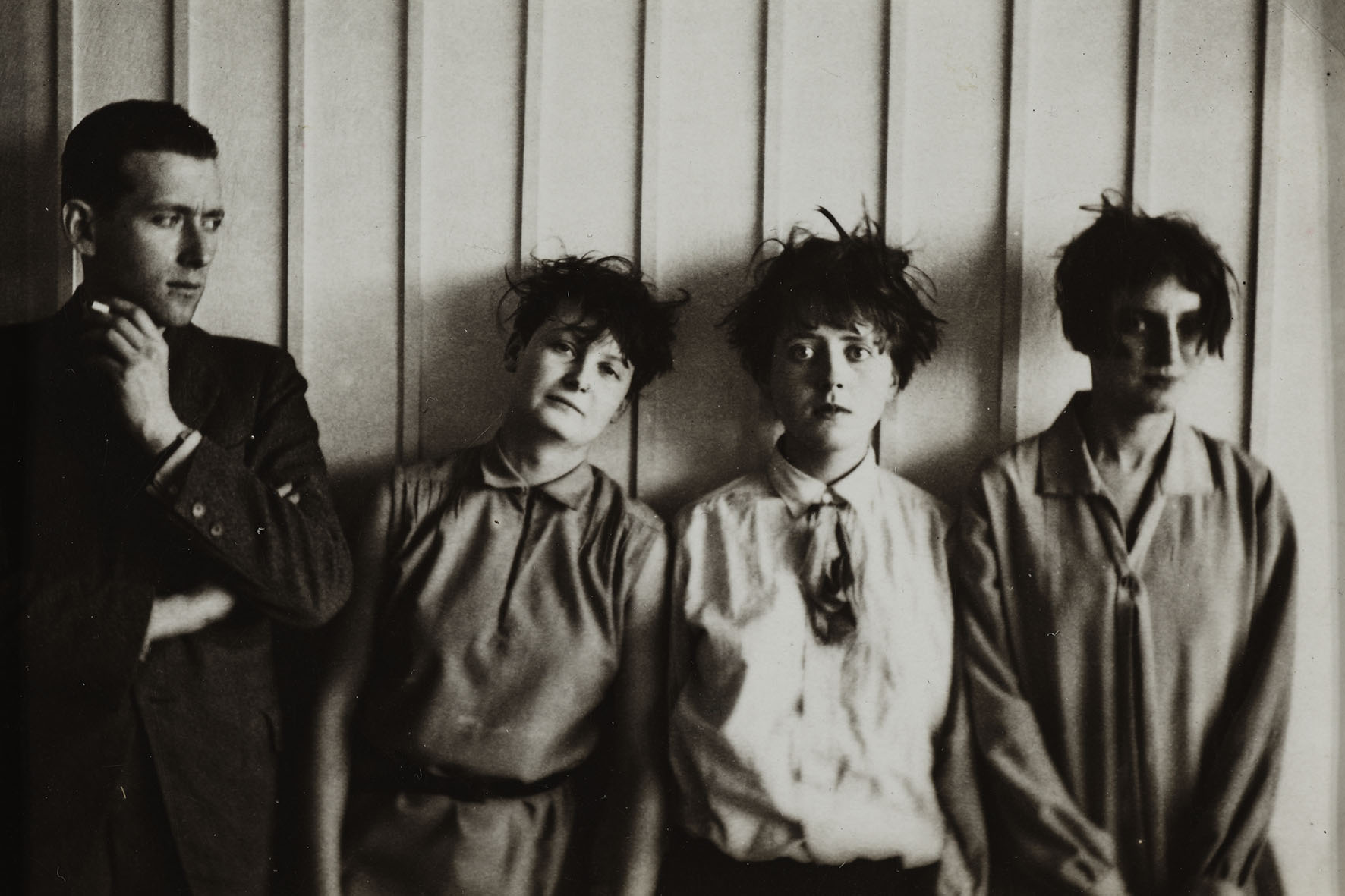 WOMEN OF THE BAUHAUS

The Bauhaus was the home of the avant-garde and the foundation of modern architecture. Today, more than a century after its establishment, the so-called "Bauhaus Masters" remain stars in the fields of architectural and design history. However, the (his)story of the Bauhaus remains male-dominated. Only experts know the names of the female contributors to the school, even though a notable portion of its innovative legacy belongs to its women. The documentary "Bauhausfrauen" is an homage to the forgotten Bauhauswomen and shows that the school's ideals remain alive and they are also part of HERstory.

For the first time in history, women are creating some of the most exciting architectural designs in the world. How have they navigated their way to the top? What is the nature of their creative process? Are there gender differences in architectural design?

Making Space is a documentary film about five dynamic and accomplished female architects: Annabelle Selldorf (New York), Marianne McKenna (Toronto), Kathryn Gustafson (Seattle and London), Farshid Moussavi (London), and Odile Decq (Paris), all of whom are transforming the landscape of the twenty-first century. 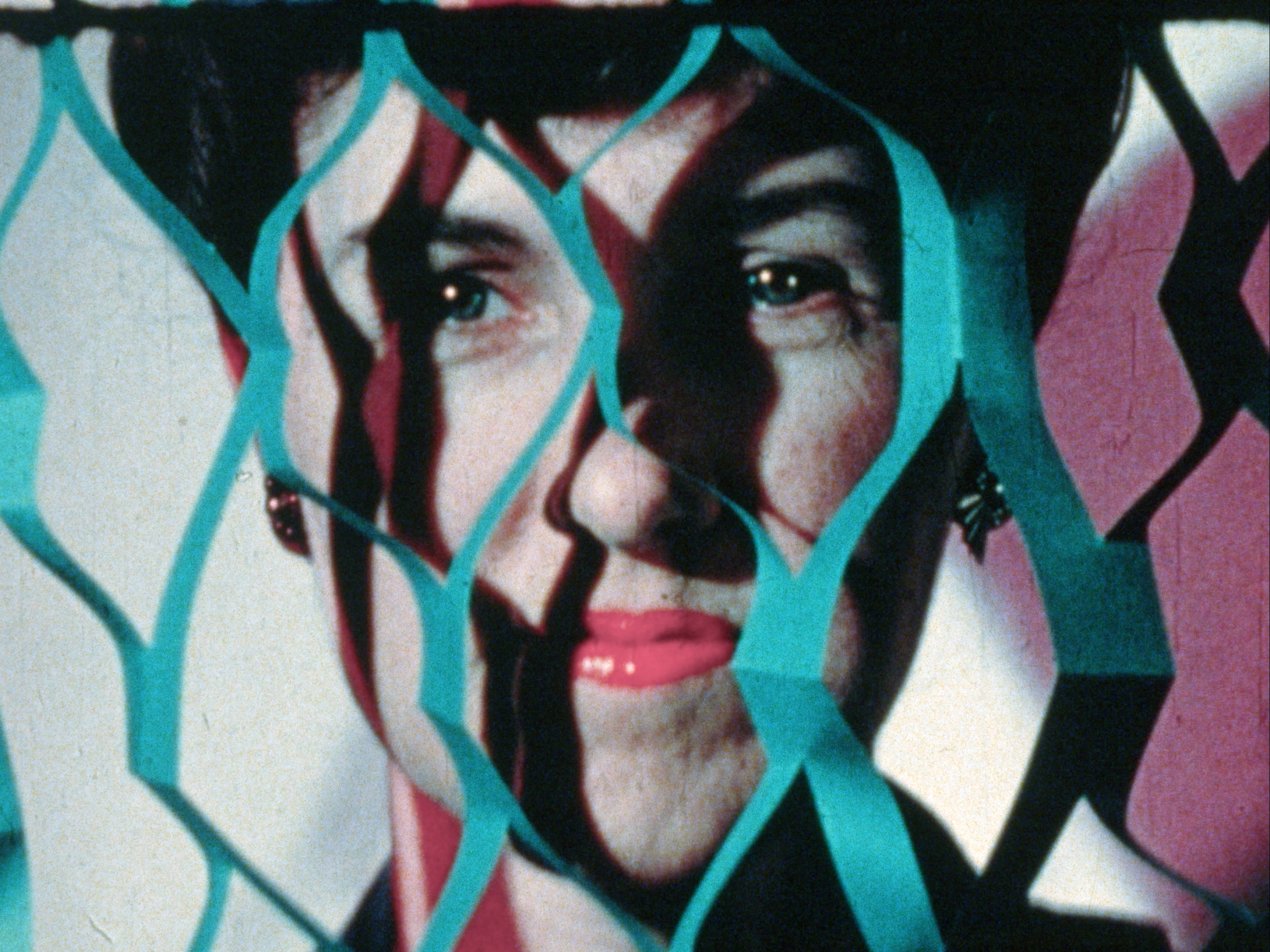 The New Bauhaus is an odyssey through the life and legacy of László Moholy-Nagy, the innovative artist and educator whose pioneering approach to integrating technology into design continues to influence and inspire. The school Moholy-Nagy founded in Chicago, The New Bauhaus, evolved from its origins at the Bauhaus in Germany into an extraordinary flowering of interdisciplinary design pedagogy premised on the notion that “the whole field of contemporary architecture and design must be based upon an indivisible unification of formerly separated and independent fields.” Following recent retrospectives of Moholy-Nagy’s work at major museums, this film offers a more accessible and intimate, emotional journey through Moholy-Nagy’s life and his work as an artist, designer, visionary, and teacher.

The Neue Galerie Book Store specializes in publications on fine art, architecture and decorative arts from Austria, Germany and related Central European cultures, along with prints, postcards and stationery related to the museum's collection.