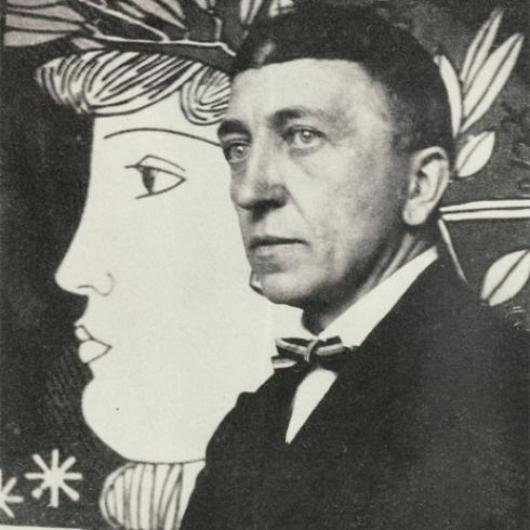 Bertold Loeffler was a decorative artist best known for his ceramics and a prominent graphic artist. Loeffler attended the Zeichenschule (Drawing School) of the Nordböhmische Gewerbemuseum in Reichenberg and then from 1890 to 1900 the Kunstgewerbeschule (School of Applied Arts) in Vienna, where he studied under Carl Otto Czeschka, Andreas Groll, Karl Hrachowina, Franz von Matsch, Ludwig Minnigerode, and Koloman Moser. From 1904 to 1909 he taught at Vienna's Kunststuckereischule (Embroidery School). Loeffler took over the Fachklasse für Zeichnen und Malen (painting class and printing workshop) at the Kunstgewerbeschule in 1907 when Czeschka moved to Hamburg, and he remained in the position until 1935. Both Oskar Kokoschka and Rudolf Kalvach were in his class.

Loeffler's work for the Wiener Werkstätte was diverse, including commercial graphics, jewelry, ceramics, posters, calendars, costumes, postcards, and bookplates. He contributed designs to both the Cabaret Fledermaus and the Palais Stoclet. For the Cabaret Fledermaus, Loeffler designed various objects and graphics, including posters, brochures, a badge for the staff, fans, and leather goods. Loeffler also contributed ceramic tiles and figurines. In 1906, he founded Wiener Keramik with Michael Powolny and entered into a sales agreement with the Wiener Werkstätte. Wiener Keramik supplied material to the Cabaret Fledermaus and contributed to the decoration of the Palais Stoclet. With the outbreak of World War I, Loeffler served in the army. Loeffler died in Vienna in 1960.