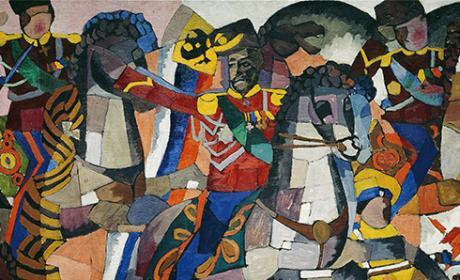 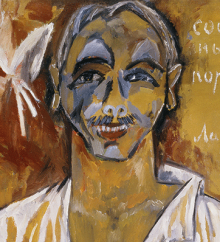 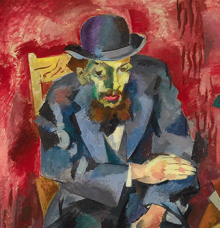 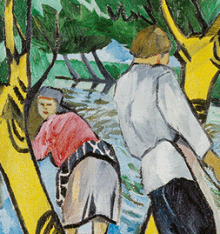 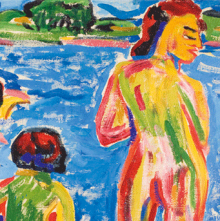 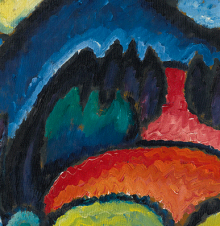 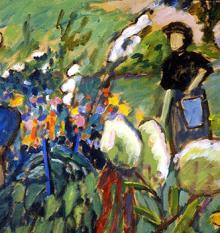 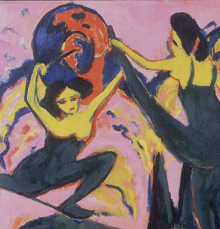 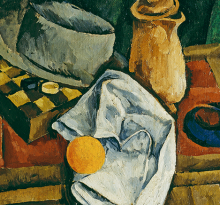 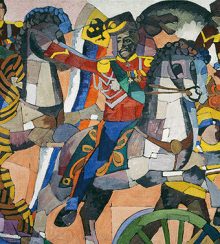 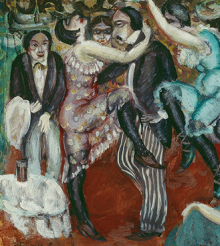 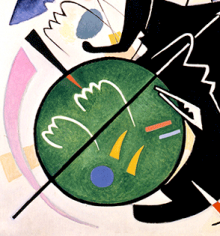 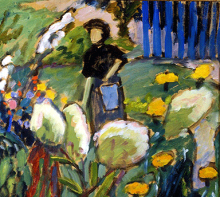 This exhibition is dedicated to modernist movements in German and Russian art at the beginning of the 20th century. Their development was parallel and often intersected.

This is the first exhibition at an American museum to focus exclusively on the important artistic links between these two countries, featuring works by artists Natalia Goncharova, Erich Heckel, Alexei von Jawlensky, Vasily Kandinsky, Ernst Ludwig Kirchner, Mikhail Larionov, and Gabriele Münter, among others. The show will be on view through August 31, 2015. The Neue Galerie is the sole venue for the exhibition.

The exhibition is organized by Russian art scholar Konstantin Akinsha, who also serves as a Research Fellow at the Germanisches Nationalmuseum, Nuremberg, Germany. The exhibition is designed by Peter de Kimpe, whose projects are noted for their bold colors and theatrical style.

Approximately 90 works are on display, including paintings and works on paper. The show is organized into thematic groupings and highlights direct connections and collaborations between Russian and German art from the period: Urban Scenes; Still-Lifes; Landscapes; Nudes; and Portraits. A small pendant gallery addresses the development of abstraction and includes work by Vasily Kandinsky and Kazimir Malevich.

The exhibition examines the radical modernist movements in Germany and Russia at the beginning of the twentieth century, focusing on the activities of the German Expressionist groups Brücke (Bridge) and the Blaue Reiter (Blue Rider), and their Russian counterparts the Jack of Diamonds and the Donkey’s Tail. The development of these groups was parallel and often intersected. Russian artists traveled to Germany to live and study. Likewise, the Germans were aware of the avant-garde art being produced in Moscow and exhibited their work there, too.

Russian and German modern artists shared an interest in the directness and simplicity of urban and rural folk traditions. Common subjects are peasants and urban scenes, including cabaret and circus, rendered in unexpectedly contrasting decorative combinations of color. While Russian artists looked to France, especially the art of Paul Cézanne, Henri Matisse, and Pablo Picasso, they also found sources of inspiration in forms of local popular culture like Russian lubok prints, playing cards, commercial signage, and graffiti. German artists alternatively, looked outside of Germany for their neo-primitivist influences, much of which emerged from engagement with ethnographic arts.